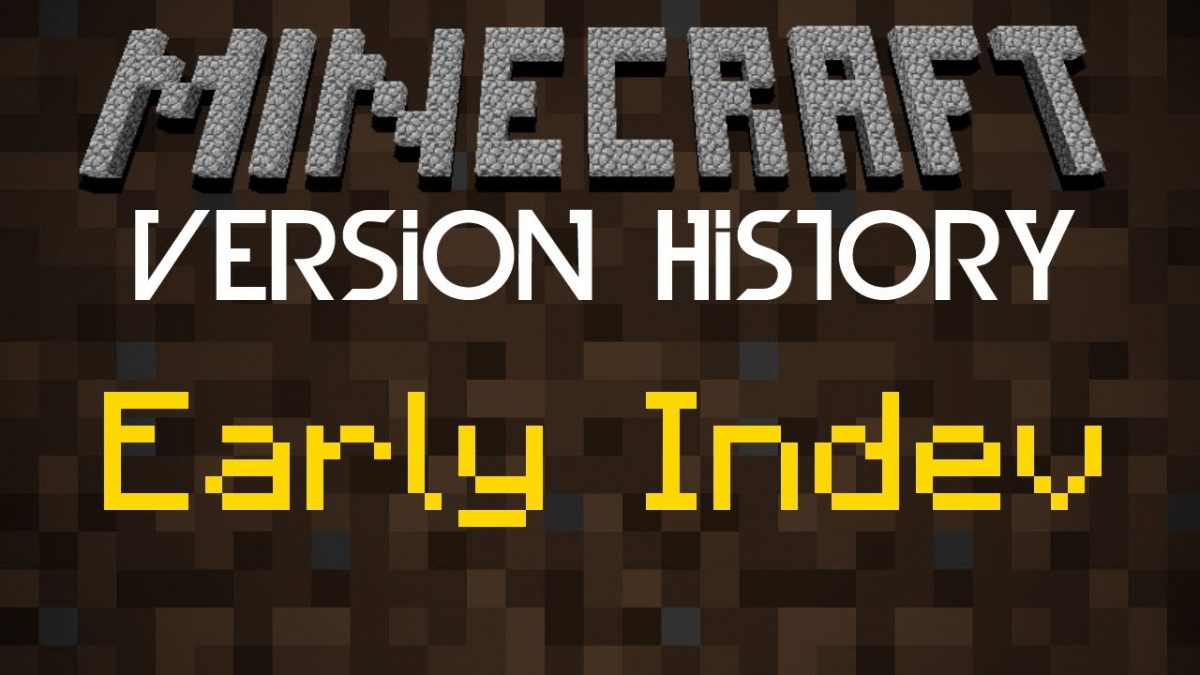 Minecraft has been a game which has existed For over a decade.  Over time, players have gotten different. The Minecraft community has gotten much different overtime. From the Earliest Testers  to the Bedrock players today, things have been much different, as well as Mojang and other involved parties.  I see around 7 Minecraft Generations.

0) People who played the past protominecraft such as Minecraft 4KB and  other similar things, as well as some Infiniminer related things, this is all proto-Minecraft so is not considered a full generation. Mostly 2008-2009/2010 era

1) Very Early MC testers, like the 1st people who ever downloaded the Game. These were like the very 1st versions (Mostly 2009-2010). This is also known as the Order of the Stone (Though the term would eventually be used for the story mode) or Pre-Classic Eras.

2) Is the more mainstream early Minecrafters This is mostly The Classic, Indev, Infdev, and Alpha Versions (Mostly 2010-2012). This is where a decent about of early growth came from. Also where Herobrine likely originated from.

3) This is the Beta Era (Mostly 2012) and Mostly Minecraft lots of the other generations may also be part of this one. From the Beginning of the Beta Stages in testing, to Around Minecraft Beta 1.8.x. This Version is technically part of the Beta Phase, but is much different than the rest and this version is sometimes condemned.  Release 1.0 was originally supposed to be Beta 1,9 and is also a bit different than the other Betas so is also left out aside from the fact that Beta 1.9 eventually became a Release Version.

6)  This is the Decline Era from Around 2015 to about 2019, or 1.14 , It kind of started in the late 1.7 Era, Realms were becoming more popular (Though Realms were  1st Introduced in 1.5 or possibly earlier), Development Struggles (1.7.6-1.7.9 was a development struggle), broken compatibility with other 1.7 Versions, slow development, weak modding (except for 1.7.10), less innovation from Mojang and more. When 1.8 came out this, while adding some important stuff for Redstone, was largely a decorations update which added less features and cool things, less game breaking ideas and just made the game slower, slightly worsened PVP, and made the game better for builders, but less for adventurers. The Modding system was also badly damaged in 1.8, the World Border was worsened, and more. 1.9 did add new functionality and I in some ways would have kind of liked it if it had been executed better and I would have changed a lot of things (such as cool down time which they are currently trying to revise). This was also the time Mojang updated their Mojang EULA and a little after Microsoft Bough Mojang and Micro-transactions were becoming bigger and bedrock was starting development.     The next Java updates were also largely decorations or passive mobs and fairly weak aggressive  mobs. They also made a lot of controversial changes especially in the World Builder at this time. This era in many ways was considered a large decline. Many of the youtubers from the last era still existed but started to decline or move on at this time. Other Competition such as Supercell and Roblox also contributed to the decline.  Some of Mojang’s other games also have issues around this time, most Notably Scrolls, which was for a long time Vapourware until being renamed Caller’s Bane.  Story Mode also came around this time.

This is the era we are kind of in now, Minecraft around 2019 near its 10th birthday started to rise again with some improvements, a re-interest in modding and server development, such as Fabric, Paper, New Forge Versions, ProtocolSupport, Good Youtubers such as Skeppy, BBH, JackSucks, Sky, AntVenom, FitMC and Mr.Beast6000 as Big Youtubers, and more. This era emerged as Fortnite was under a decline and may slowly decline due to Among Us or other new innovative games.  Minecraft surly has an unsure fate ahead. Java Edition started to be taken more seriously and Minecraft Dungeons came out which may provide improvements. It will be interesting to see what happens from here.