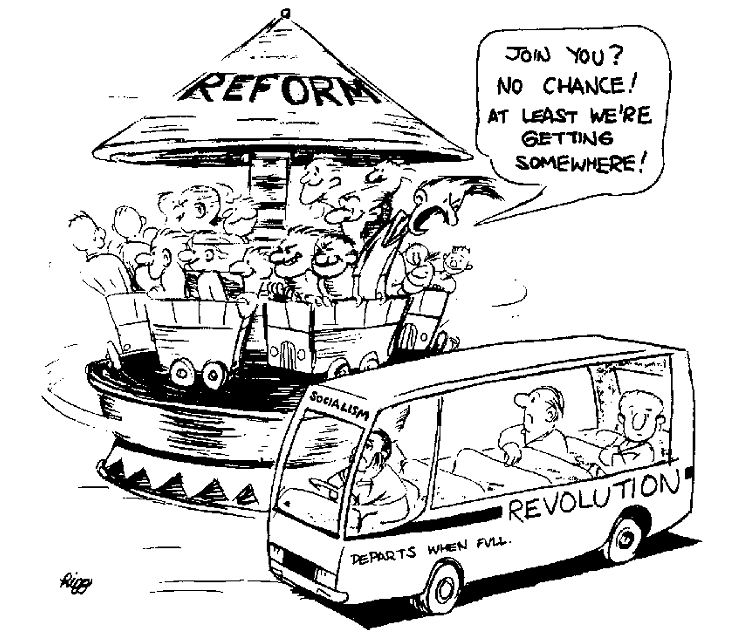 About the Labour Party

The Labour Party of the United Kingdom is a political party which is similar to the United States Democratic Party (though in some ways a little more left). They are a centrist political party with a tilt to the left. They claim to support things like workers rights, social justice, and better infrastructure. They are often considered an alliance with Social Democrats, Democratic Socialists, and Trade Unionists.  Their biggest competitor is the Conservative Party of the UK (Which is like the Republican Party of the US). Rather than improving by revolution, they try to improve by reform, which is just patching up the existing Neo-Liberal system that currently exists.  This is why the Labour Party can be more accurately described as a Neo Liberal Party than a socialist party, they just try to take capitalism, and improve it a little so people think its getting better when in reality it is not much better and capitalism itself is an obsolete ideology which needs to be replaced.

Who is Jeremy Corbyn?

Jeremy Corbyn is the current leader of the Labour Party. He identifies as a democratic socialist. He has a history of activism in SOME cases. He protested the apartheid and even got arrested, he was openly for nuclear disarmament, and even had parts in Anti-Fascist Action Protests. But whenever his party does something, even if it is something he disagrees with, like the war in Iraq, he still remains loyal with the same party. He joined the Labour party when he was 16 years old in 1965CE. 1 year later, the party announced a wage freeze, and 3 years after that, they created a foundation for a set of rules under the name In Place of Strife. These rules would do things like limit rights for workers to go on strike. In 1976CE the Labour Party brought austerity, which is a system of taxing, which later lead to the Winter of Discontent in 1979CE, which was mass strikes from workers who demanded better wages and working conditions. This is very hypocritical for a party which aims to be the party for the working class, but while there had been parts of the party who had rebelled to these new taxes, those councils were expelled from the party, while  Corbyn was still in the party and seemed to be ok with what was happening. They introduced Poll taxes in the 1980s and 1990’s CE, and enforced them on a local level, and when the Early 2000’s came along, The Labour Party even helped the UK get into war with Afghanistan and Iraq (Corbyn was against this), and when the Financial Crash of 2008 happened, the Labour Party was the party to bail out the banks and keep the bank owners and bourgeoisie in power. During all this, he stayed in the party. In Fact, he was in the party for over 50 years.

His Weak Plans to Make the Labour Party more Left

Corbyn wants to make the Labour Party more left, but does not want much revolution and is trying to do it through reform. He is trying to reform a party which has betrayed the working class many times and just trying to improve it. In a large and bureaucratic party like the Labour party, I do not think that this will happen that fast. Corbyn remains loyal to a party which did many things against the working class, and we are not sure if he will actually try to improve the party that much, as the party has done many bad things that he has been supportive of, at best what I think will happen is he will try to change some of the policies that are  passed through the government and try to make them a little more leftist, but that will only be a few at a time, not many new ideas. At best his efforts would just be patching up Neo-Liberal Capitalism rather than bringing socialism or any decent leftist ideology, which is just increasing the ticking time bomb of eventual revolution.

Other Good Resources on the Topic

Losing Momentum: Corbynism in the Rear-View Mirror by Internationalist Communist Tendency on Libcom.org