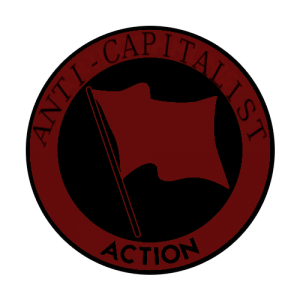 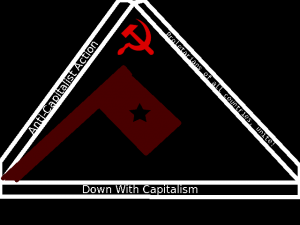 This is one I made myself, and it is similar to the 1st one but a triangle and a flag in the middle with a black star, similar to the Zapatista flag but with the colours inverted. On the Right it says Proletarians from all countries Unite! This means all the workers from around the world, come and unite against the bourgeoisie. Down With Capitalism means that we do not want capitalism and want it to be replaced.   At the Top is a hammer and sickle, a common symbol for communism.