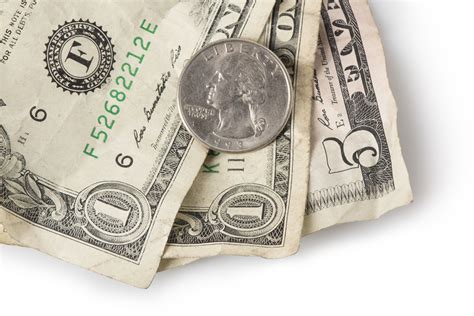 The minimum wage is an attempt to try to force companies to create a liveable wage for their employees. Labour Unions like the Industrial Workers of the World fought to raise it. However, it still remains ineffective and possibly even counter-productive in keeping Worker’s Rights. This article used the United States as its main example, but most of the stuff is applicable to other countries to an extent.

If you want to see my older article on the subject from mostly a capitalist viewpoint, please check out Why We need to abolish the Minimum Wage (Old)

First of All, the Minimum wage is not really all that liveable, at least in the United States unless you choose to be homeless. The Federal Government makes the minimum wage 7,25USD an hour, though states may have their own. Full time is 8 hours making it about 58USD a day, if you work 5 days in a week thats 290USD a week, About 1200USD a Month and around 14400USD a Year. According to ApartmentList The Median Price of a Flat in the United States is around 1000USD per month for 1 Bedroom. If you only ate Potatoes, you would need to eat about 21 of them to meet the recommended calorie intake (a Postdate is around 56 Calories and the Recommended is around 1200 a day). A bag for 1USD contains around that many. If you eat only that you can get buy for 30USD a month for food. The Basic Utilities (Electricity, Heating, Cooling, Water, Rubbish) will cost you around 70USD on the cheap end (does not include Internet). For Internet  you will most likely have to pay (Unless 10 Hours a Month for Free From NetZero is good Enough), for a DSL Connection you will Probably need to Pay around 40USD a Month . If you need a Bus Pass that will cost Around 20USD a month, if you need a Mobile Plan, thats 1USD a month from FreedomPop. If you choose to have Insurance, the price for that is About 400USD a month for an individual. Already we are in debt, and we have not even considered taxes and emergency spending or interest rate from your past debt. The Minimum wage is not liveable if you choose to live a normal life.

The Minimum Wage does not keep up well with Inflation

It creates an Artificial Pay limit

The Minimum wage also makes an artificial pay limit. It sets a suggested number which everyone chooses to set as their payment for their employees rather than a living wage. It allows for companies to pay a little bit over minimum wage sound like they are paying a lot when in reality they are still not paying a liveable wage. If a company pay 13USD an hour its not much better than a 7,25USD  per hour wage. The Minimum wage increasing also gives land lords the green light to raise their prices. If the minimum wage were to raise, landlords would just raise prices and inflation in general would go up thus eventually cancelling out the raise.The minimum wage also in many ways sets the standard salary for other jobs. If you have a 2nd tier job, just make it pay 20 000 USD a month, its more than minimum wage but not a liveable wage, and for each tier, you just add a little bit more. This is what happens when you have a low minimum wage and the  state rather than the unions try to regulate it which brings us to our Next Point.

The Minimum wage tries to make unions less relevant. If the wage is set to something super low, but just high enough to make some people happy, the workers wont rebel and demand higher wages. Unions get weaker since there is less use for them which allows for the wages to stay low.  If the workers all got together on strike, they would get much higher than what the minimum wage is, but the minimum wage is just enough to make the workers not go on strike and demand higher wages, meaning that it is just meant to weaken something (Unions) to keep something else the same (Capitalism and Low Wages).

The Minimum wage is just a Neo-Liberal way to keep capitalism intact. It is part of a negotiation between the Bourgeoisie and the Proletariat mediated by the State. But this just gives the state more of a reason to exist and lets the bourgeoisie continue to exist. We dont want to negotiate with these pigs, we want to overthrow them, they are leeches and as long as they exist, we are being exploited.

The Bourgeoisie still makes profits off the worker’s labour, even if they are paying them more. It does not in any way fix Worker Labour Exploitation or Wage Slavery. Even if it does work for large Corporations, the Minimum wage may harm smaller businesses which are just starting out. In the beginning, a business may not be able to pay liveable wages, though a worker may still choose to work there for other reasons, though they cant because of the Minimum wage laws. In the long run this leads to Monopolies forming.

The fear of Globalism

If we have minimum wage laws, the Bourgeoisie may just move their work force to Asia or Africa for a fraction of the cost, profiting a United States Company, and keeping the those countries poor. This is already happening in the Chinas and Africa where people (including Children) in those countries are being paid pennies a day to do work when the company owner does nothing and gets huge profit.

An Alternative to the Minimum wage.

There are great alternatives to the minimum wage which carry less or none of the negative effects we listed above.

One of them is a “Maximum Wage” like the 1:12 Ratio in the Swiss Confederation. What this does is it makes the highest paid person in a company make a maximum of 12 times as much as the lowest worker. The benefit to this is it prevents 1 person from raising to the top and provides better living conditions for the workers and more equality in general.  While the Swiss do have a Minimum wage, the 1:12 ratio is a much better way to fix the problem.

Another way is Socialism or Communism.

Socialism and Communism are not the evil ideologies portrayed in the West. Socialism is when the workers take control of the means of production and abolish the bourgeoisie and is a step towards communism for Marxists.  Communism is a step further than socialism, in Communism, the state and Money/Currency are both abolished.  All transactions are between workers and there are no bosses and all the resources are owned collectively. This is good because it can help impoverished peoples improve their living conditions and not be exploited, and it helps just about everyone except the former bourgeoisie and state.