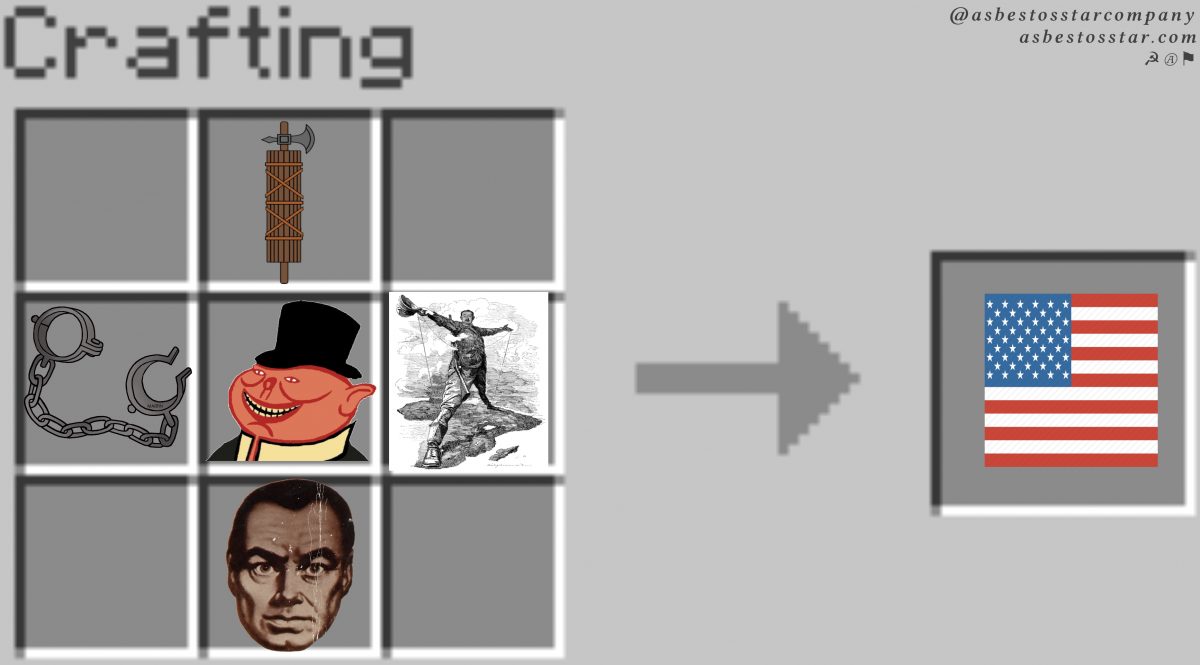 The things at the top are called Fasces, and they are often used to Represent Fascism, an authoritarian ideology with many different age and gender roles as well as Racism. The Untied States in my opinion is Neo-Nazi which is an extreme form of Fascism.

In the Middle is the Capitalist Pig commonly known as Capitalist Porky. This is supposed to represent the Pig-Like Nature of Capitalists and How Capitalists are a big part of the United States.

To the Centre Right is a picture of Cecil Rhodes and the Cape-Cairo railway project.   This is a symbol commonly used to represent British Imperialism in Africa, but has also been used to represent Imperialism in general. The United States used imperialism alot during its history and still uses in by overthrowing governments and replacing them with ones that the US have influence over. This happened recently in the 2019 Coup of Bolivia.

On the Bottom I have a Picture of Big Brother. Big Brother is popular from the meme “Big Brother is Watching You”, this meme is supposed to relate to the US as the United States spys on its own citizens a lot and it also spys on citizens of other countries a lot, especially of countries that they are enemies with.

This whole meme is in the Shape of a Minecraft Crafting table, Minecraft is a popular game which is played by Millions. The Crafting table is what you use to make stuff.

This meme is free to spread under any condition as long as you do not copyright it.