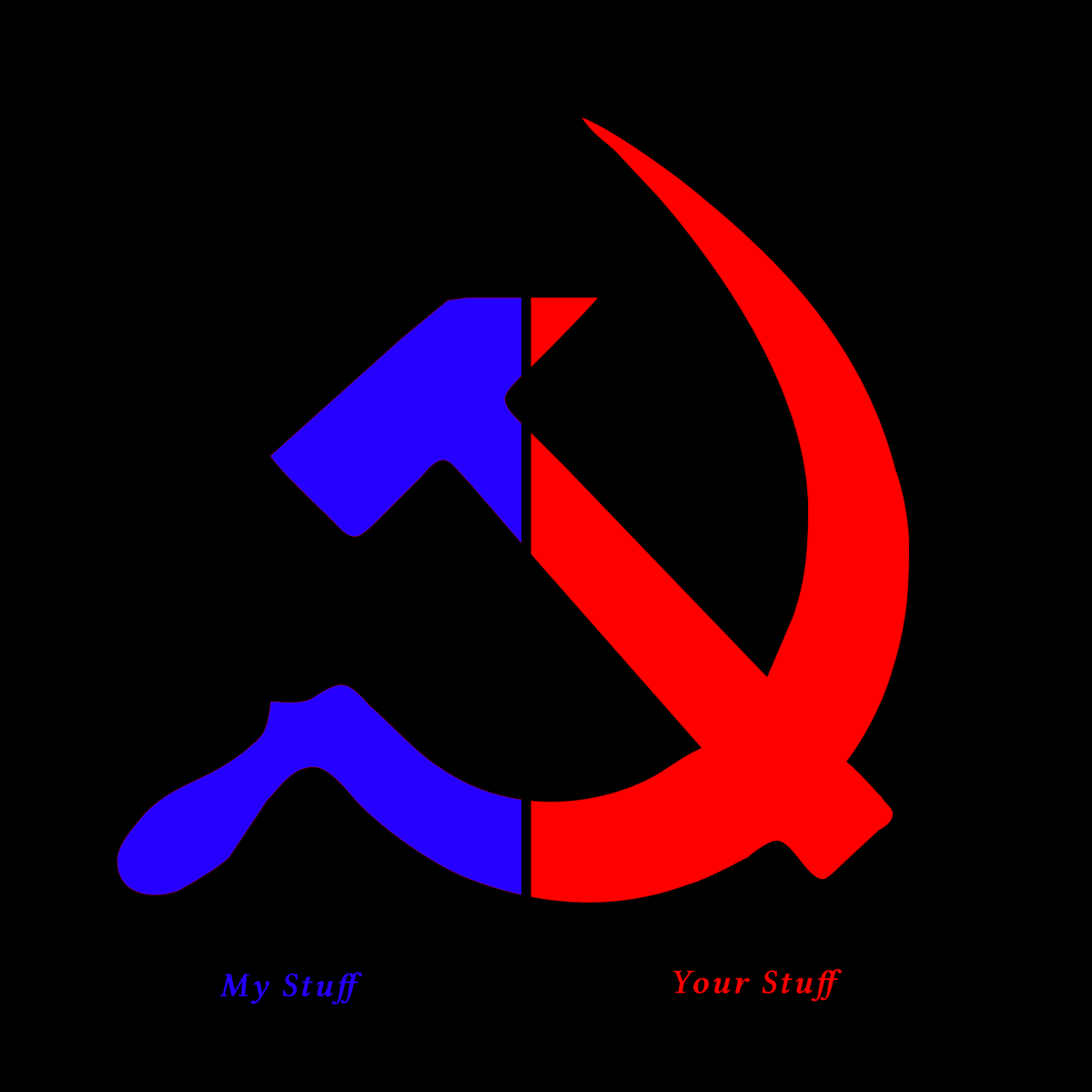 You a Communist/Socialist, so you should give me half of your stuff right? No, thats not how Communism/Socialism work. I get this question asked to me a lot. People think that me being a Communist means that I want to give half my stuff to some random stranger or person I know. But like most people, they do not know how Communism or Socialism actually work, and say things that contradict what they think Socialism is.

Recognising What Socialism and Communism Actually Are

Communism is the collective ownership of the means of production and resources. In Communism, there are no classes or states, just workers who make the decisions collectively and take only the resources they need. Currency almost never exists and most exchanges between communes are done via trades and Mutual Aid.   You retain personal property, but private property is dissolved becomes owned collectively.

Socialism in most cases is just a way to achieve Communism most commonly advocated by Marxists where the workers own the means of production and the state which is run by workers works on improving the infrastructure and nationalises industries (in some cases) and then gives out money evenly.

Personal Property is stuff you use for yourself, that cannot be used to exploit workers, things like your toothbrush, everyday clothing, a decent place to live, food, drink, and in most cases your smartphone.

Private Property is stuff that can be used to exploit workers or the environment and make money as well as put someone ahead. These things often include Factories, oil pumps, offices, and machines.

People who ask the question “Your a Communist so you have to give me half your stuff” do not seem to know the difference as most people do not have that much private property.

What uninformed people thing Communism and Socialism Are

People who do not know what these things are often have incorrect ideas of what Communism and Socialism are. Most uninformed people think that an authoritarian dictator just makes everyone work and than gives all of them a little money and the workers have no control of the workforce and cant even choose their jobs. People often use examples such as the Soviet Union to justify this. This is incorrect because in Communism the workers own the means of production, and the state is non-existent. Please see my article on The Myth of A Communist Country.

People often do not seem to know the difference between Socialism and Communism and often seem to lump them together. Though many people often view Socialism as just a less extreme form of Communism, which is not true as Socialism is actually just a transition period between Capitalism and Communism that is often used by Marxists. There are many stages to socialism where many different things happen, and near the end, the workers state which was created near the beginning begins to wither away via Withering Away of The State. And After Lenin Died, the USSR actually had very little in common with any of these.

Since most people who do not know what Socialism and Communism are think that the State redistributes stuff evenly, then the state would be the one who gave them half my stuff, not me just handing it over.

How This Question Contradicts with what Socialism and Communism actually are

This question implys that people in Communism own lots of Private Property and just give half of their stuff to everyone. What these people fail to realised is that Communists and Socialists are for personal property and in most cases do not believe that that should be collectivised. Which  Brings us to our next point.

If things are collectivised, then you would not “give” your stuff to someone else, it would just be mutual ownership.

Also, in Communism, everyone is supposed to be equal, and unless the other person gave you half their stuff as well, it would not be equal. As well as that there are other people you would have to share stuff with, not just that 1 person.

People who use the argument “if you are a communist/socialist, then give me half your stuff” do not know what Communism or Socialism really are. They just use their uninformed ideas of what Communism are to try to attack it.